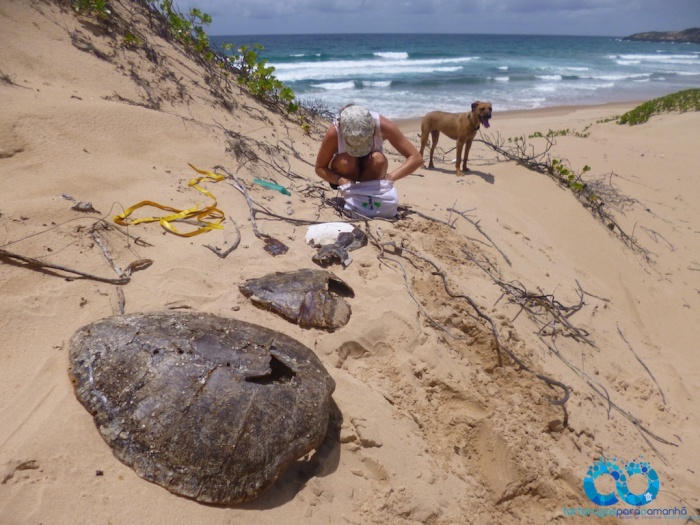 Jess Williams and her turtle poaching detector dog, Lula processing the remains of several turtle carapaces found in the sand dunes in Southern Mozambique. Note the large puncture holes present in the carapace, evidence that these turtles were illegally caught by spear fishers.

This is one of the main research focuses for my thesis on going work here through “Tartarugas para Amanhã: Turtles for Tomorrow” and I am glad to have been cited within the report as key literature reporting the situation for Mozambique. This issue of illegal take and trade of marine turtles is a complex, multifaceted problem and as the report conveys is a highly variable throughout the region making conservation a challenging task.

Click here to access the report: Illegal take and trade of marine turtles in the IOSEA region

One thought on “Illegal take and trade of marine turtles in the IOSEA region.”