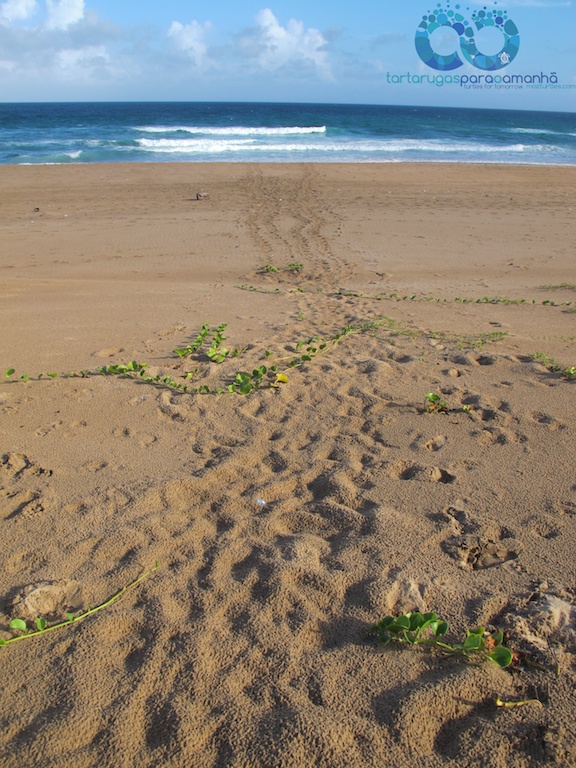 It happens, but we really don’t know how often or where. It’s probably for a food source rather than exotic delicacy but it’s not known for sure.

And this time on Manhame Beach, it’s happened again. A loggerhead nest- poached. It was probably raided in the small hours of the morning, by the first fishers who were up early to beat the heat and hoping for a good day of fishing. The nest, likely to contain somewhere between 75-100 eggs, would generally have about a ~85% hatch and emergence success. From there on, it’s thought only about 1 in a 1000 will survive to maturity, so these eggs really needed to be left alone as without human interference their odds of survival are already pretty slim.

So a few hours later, the nest was officially reported by fishers, to our project partners at Dunes de Dovela. Down here at Dovela, there is a growing relationship between the lodge and the surrounding villages. The lodge brings many benefits to an otherwise remote and generally undeveloped area. The fishers take their catches directly to the lodge to sell, no middle men or needing to travel to markets. It’s a good system for both, the fishers get a fair profit for their hard work and Dovela get delicious fresh seafood for their kitchen. In previous turtle nesting seasons the team at Dovela, met with the village chiefs of Dovela village and explained to fishers about the importance of protecting turtles, educating them about the national laws that protect turtles within Mozambique and what to do if they encounter turtles or their tracks on the beaches. 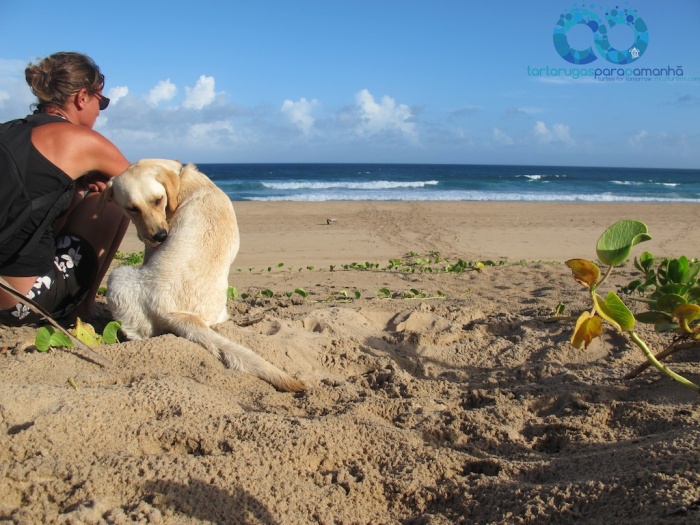 These positive interactions with fishers and Dovela have begun to breed a new generation of conservationists and there is a growing number of environmental stewards within these villages. They understand the importance of protecting the turtles and that the number of nesting turtles returning to their home beaches to lay seem to be decreasing. These fishers are keen to report turtle activities that they find on the beach, to join us for patrols and to watch and learn from the nest excavation process. They are keen to learn more about the turtles and to tell us about their encounters with turtles whilst fishing. This kind of outreach and education is wildly necessary throughout all coastal communities, as are the financial and educational ties that encourage coastal people to work with rather than against conservation. Things like this take time and the concepts of conservation are not easily grasped by those who have always existed off the natural resources that the ocean, so setbacks can be expected.

Setbacks like this poached loggerhead nest. In one night, two turtles came ashore, a loggerhead and a much larger leatherback. Both emerged around the high tide, spent an couple of hours to haul themselves ashore, climb the beach slope and excavate their nests. The two nests, were laid less than 30 metres apart, yet one was raided and the other left undisturbed.

On inspection of the loggerhead nest, it was immediately obvious that the nest had be tampered with, the tracks were disturbed and the egg chamber had been dug out. After a few moments to poke about in the freshly dug sand I located what was left of the egg chamber and one lonely punctured egg was all that remained in the bottom of the nest. 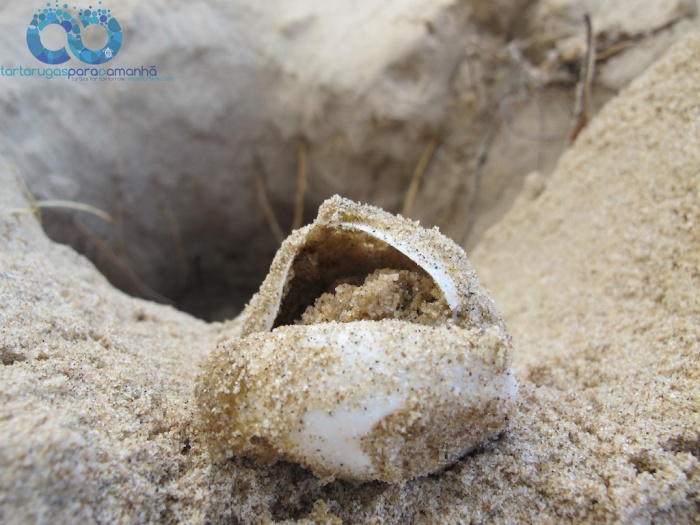 The leatherback nest, was not disturbed. Less than thirty metres away and not touched. Rather than disguise the nest and track, we decided to trial a new approach. Mark the nest out using sticks, branches and marine debris from the tide line. The concept behind this, to display to passers-by, (likely to only be fishermen), that this nest, and the poached nest beside it are known and being watched. The fishers who are tempted to poach nests know that if they are caught, they will not only be reported to police, but that they will destroy their opportunity to sell their catches to Dunes de Dovela. So the nest was been marked out and then a followup trip was made to meet with both political and traditional chiefs of the village closest to the nests. This was done for three reasons, to alert the chief that there was illegal behaviour going on, to reiterate the importance of conserving the turtles and their nests and finally to promote directly to the chiefs the concept of encouraging all the community’s fishers to report turtle activity they find.

Patrols along Manhame Beach will continue to look for other nesting events, to monitor this nest for signs of disturbance and wait the 60 days, the average incubation period for Leatherback turtles. In the meantime the nest site looks like a cross between some contemporary art installation and the site where one of the local witch doctors has left his message. Flippers crossed for a high success for the growing baby leatherbacks.